Beer shipped to your door. Is there anything in life better than this?

Let me stop you there – No, there isn’t. With so many new breweries opening up across the nation, and local distributors only having so much shelf space, it’s only natural they fill it with a bunch of the big names and a few local guys. This leaves you without access to TONS of smaller breweries across the states pumping out top-tier beer.

That’s where Tavour comes in. Their service fills the need for obtaining new beers not available in your area, but there are a few drawbacks.

Tavour is not a beer of the month club, which is without a doubt exactly what I thought at first. The unique aspect of Tavour is that they let you hand pick every beer that gets added to your box, and then they ship it out after 4 weeks by default (although you can request an earlier shipment at the same cost).

The fact that certain beers can be so limited, you really have to be on your toes to lock in a beer before it sells out. Once you download the Tavour App, you will get notifications on your phone when a new beer is added. This almost adds a fun gamification element to the experience.

The app itself is incredibly well-made, honestly one of my favorites I’ve used in recent memory. Navigating everything from your beer selections to payment and shipping history is incredibly easy. Simply swipe to see the available beers and claim the ones you like (or put yourself on a waitlist if they already sold out). What’s also great is the added info under each beer. Tavour taste tests every beer before offering it as an option for their customers, and they add their own mini review in addition to showing Untappd ratings if available. It would be great if they could import more ratings, such as Beer Advocate, and also link out to the review if you want to read more.

The part I do not like is that the mobile app appears to be a requirement. I’m really not sure why their website platform does not allow you to view or select beers. Looking into some older feedback across the web, a LOT of people complained about their web ordering sucking, so it appears they may have given up on the web portion and moved the full ordering process to the app.

Another piece for improvement within the app itself is adding a community aspect. I feel Tavour is really missing out on this. When a new beer is announced, sometimes you feel a bit of excitement. A simple chat board/channel would be great so users can talk about each beer, share insights if they had it before, or what they are looking forward to.

Similarly, the app has the ability to leave personal reviews of each beer, but that’s serving as more of a beer journal. It would be great if you had the ability to follow other users, read others reviews, etc.

Here’s a quick sampling of beers I pulled from their app at the time of writing this along with their price and an estimated local price (if you were to buy this from a distributor near the brewery).

At a glance, the price really doesn’t seem bad at all for beers you normally wouldn’t have access to. After all, I had to sell my soul to get a bottle of Pliny the Elder (I’m on the east coast). However this is not factoring in shipping. It’s 2019 at the time of writing this. Getting worried about the cost of shipping never even crosses my mind anymore since so many companies offer free shipping. So I was a bit caught off guard when I realized it was $15 for every shipment, regardless of how many beers you’re receiving. Boxes are shipped every 4 weeks regardless of how many you have, so you can stock up on a bunch before it ships which really alleviates the cash hit from shipping. And on the contrary, if you see one you really want to get fast, you can ship the box out with just 1 beer in it but it will still be $15.

Craft Beer Club costs $42 with free shipping for 12 craft beers. To give you a cost comparison, using the cheapest Tavour beer I listed above, the cost of 12 beers at $5.50/each and $15 shipping equals $81 – nearly double in cost. The selection is not nearly as good as Tavour though, so consider this a premium service for beer delivery. Let me repeat that again, because I really mean it… the beer selection is not even comparable between the two.

While on the topic of pricing, let’s take a look at the Tavour Gifts section. On this page you can place an immediate order for a gift box of staff-selected beers. This eliminates having to wait for more beers to be released and curating your own custom box. Full disclosure here, I did not test this out because the price is UP THERE. The IPA Gift set? $99… for 8 beers. That’s over $12/beer and you have no idea what you’re going to get. Again, I’m sure the selection is way better than either of the monthly beer club subscriptions, but I am not willing to take that chance. I’d much rather just use the Tavour service and pick what I want.

Tavour really markets the “rare beer” thing – but just because no one ever heard of a small micro brewery doesn’t mean it’s really a rare beer… it’s just new. In my eyes, a rare beer is one that everyone is after because its known to be incredible. Heady Topper, Nugget Nectar, Hopslam, Founder’s KBS, etc. Sure, these are all more well known breweries and we wouldn’t want the pickings to only be from bigger brewers; however, it seems you will NEVER find something like this on Tavour.

UPDATE: After using this service longer, I can say you do in fact get a few rare options. Take a look at this one (i passed on it, but it was tempting)! Tavour offered a bundle of 2018 B-Bomb, 2018 Coffee Cinnamon B-Bomb, and 2018 Coconut B-Bomb, the latter of the three being rated the #1 strong ale on Beer Advocate. The three bottles would have run you $81. Overall I was happy to see this offered, especially being Freemont Brewing limits customers to 4 bottles each at their actual brewery.

I feel like I’m really talking negative about this service, so let me tell you why, after all of the meh stuff I just rambled about, I remain a frequent customer of Tavour. I don’t live in or near a major city. I have a few select distributors and shops that I frequent, and one in particular has a great selection for my area. But as time goes on, naturally, I drink more beer… making it difficult to keep finding new brews. This is the sole reason the company exists – being able to try new (to you) beers that you can’t find in your area. So, I suppose that’s what Tavour means when they say discover “rare” beers. What’s rare to me may not be rare to you, and so on.

Thoughts on my First Delivery

So far I’m hooked. I look forward to the daily notifications of what’s available and making the impulse buy when there’s a shiny new double IPA or imperial stout – which is exactly what my first box consisted of. Here’s everything I had in my first haul:

For my next order I definitely plan on adding more beer to my box before shipping. I was too excited on the first box! 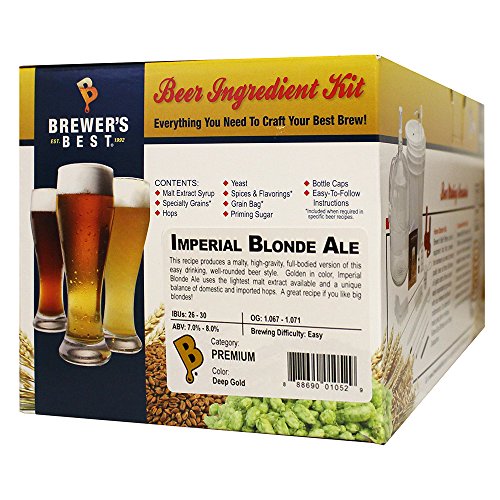